What Google Tells Us About Boys

I officially launched this site after almost 3 years since the idea first came into my consciousness; to establish an organization dedicated ending the idea that boys must keep their emotions in-check, suppress the expression of authentic and vulnerable feelings, and that men must disconnect from their emotions to fulfill a masculine identity.

Back then, I remember thinking there was a better chance of traveling to Mars than having the opportunity to start an organization that would offer programs designed to teach boys how to identify, accept and express their full range of emotions, and support them in experiencing healthier relationships and safer lives. But that was then and this is now.

We are starting to get the word out and to be honest, I am blown away at how many people resonate with our message and mission. It's still early days, but with each passing day the passion and enthusiasm grows in making a dent into the "boy code" and making the emotional empowerment of boys a national conversation.

As with any new business initiative nowadays, the list of digital start-up tasks can seem never ending. Establishing a new online presence in today's digital environment appears to take a lot of work. It was about a month and half ago when I was putting the finishing design touches on our new website. I was in need of one or two really good images to help visually convey one of the group programs we are offering. So what do you do if you find yourself in need of something with a keyboard at your fingertips? You got it....Goggle!

What was to be a 30 second image grab off of Google turned into a heart wrenching admission that if the Internet, and by extension Google, is simply a reflection of what we as society contribute to it, we need more than the few tears I shed. It hit me, what was served back to me based on a innocuous search query.

My first reaction was the cross-section between surprise, shock, dismay and the feeling you have when you realize your once optimistic view of the world may just have been stolen from you forever. Image after image showed boys in varying emotions of sadness, anger and rage. The images that weren't were images that had mostly nothing related to "young boys", "emotions" or "groups" let alone a combination of the aforementioned.

Google indexes billions of web pages, so that users can search for the information they desire through the use of keywords they enter. And the image results are in context of those web pages. But even knowing this, I found it hard that combination of keywords generated the results returned.

When did the word pairing of "young boys" and "emotions" suddenly equate to expressions predominately made up of such darkness and negativity as opposed to the exact opposite?

In the absence of having an immediate answer, I decided to Google, the exact same keywords, except instead of BOYS, I searched on GIRLS. Here is the Google image search results I received for "young girls emotions group":

And now here is where my heart truly broke. The above search results displayed images almost exclusively of girls in various states of happiness in amongst other girls. The contrast devastating. A simple gender change in a search query can derive such drastically different set of results! Young boys as raging emotional beings or girls blissfully happy celebrating their sisterhood?

Given that rather extreme simple categorization, I decided to break it down into simple comparison the near exact search results which the only difference being the gender identification.

The above speaks pretty clearly (even given the small sample set) and if it is to be interpreted at face value, what is says is devastating.

The above observations obviously are far from scientific. But it doesn't take a rocket scientist to see the obvious. We as a society see portray young boys in a severely negative light when in comes to emotions and depict young girls in almost to the same extreme, but positively. Remember, Google is just a mirror - it only serves back to us what it finds from what we have published on the Internet.

So how does all of this come to be? How do really see boys as it relates to feelings and emotions? Do we really believe that emotions are gender specific and not human specific? Are we as a society reinforcing the stigma that boys are not compassionate, empathic beings to the same degree as their gender counterparts? Or are the images just a simple reflection of what society cares to focus or not focus on?

There are about a hundred more rhetorical questions I could pose, but they would all lead to the same end point. Regardless of what we as a society promote, (in this instance what we see in a simple Google search) it produces a certain reality, or if the reality exists and what we see is just a reflection of it - or a combination of both, I refuse to accept as fact that boys are destined to be less then authentic and fully emotional beings just because they were born into a certain gender pool.

And in my absolute rejection of that premise, it is my belief that it only takes a few loud voices to start to undo the misbelief that there is a difference between genders in their capacity to experience and express the full range of human emotions. My mission is to not only have my voice heard, but to impact this change. 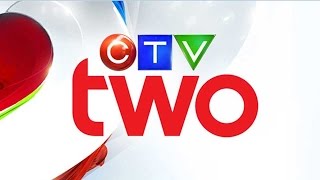